Last week I attended the European Speechwriter Network Conference at Madgalen College Oxford. The conference was a hive of buzzing speechwriters sharing stories, tips, and techniques. These conferences always teach me so much more than I ever knew I could know about writing.

I spent the first day of the conference learning from Mike Long, a Lecturer at Georgetown University but also a very accomplished writer in his own right. As well as covering various speechwriting strategies we also delved into more theoretical thoughts such as the writer’s relationship with the ‘voice’ of a speaker and if indeed such a thing exists.

The second day was when the conference officially started. There were five fantastic speeches as well as a great banquet in the evening. The speeches covered everything from science to statistics and how to communicate them effectively. I found this particularly interesting as I spend a lot of my time writing for scientist and specialists but also communicating numbers in imaginative ways! David Vigar (who used to write for BT) shared a particularly great example of how he communicated the price drop in international phone calls. 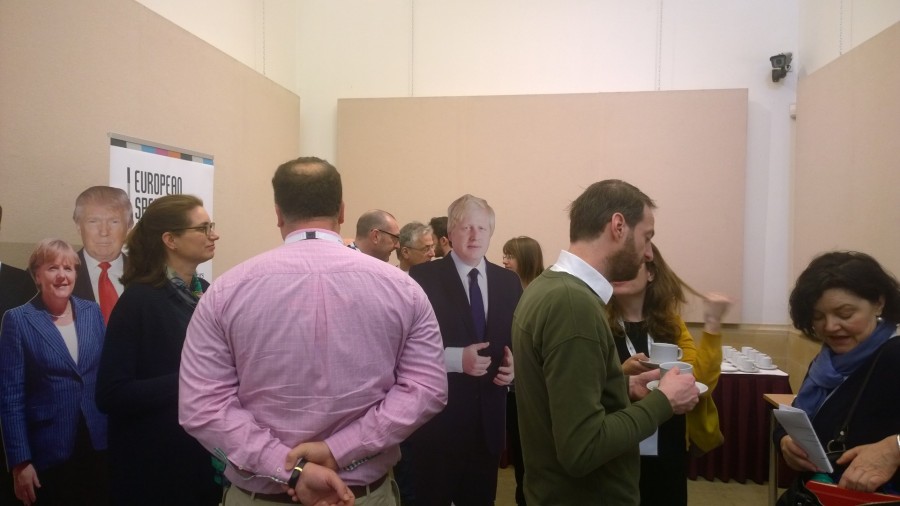 Last year Renee Broekmeulen introduced the ‘Speech Battle’. It went like this… For every conference speaker the audience selected three words. By the end of the day we had 15 completely random (and in some cases ridiculous) words. The challenge for the evening is to write an after-dinner speech that uses all 15 words which you then deliver after the banquet.

Our Chair this year, Leonoor Russell, decided to host a second ‘Speech Battle’ (it seems that it might be becoming a bit of a tradition)! As you can imagine, we had some utterly brilliant speeches. You can watch mine below…

The final day of the conference included a vicar doing mime and some great breakout workshops. I attended a workshop run by Emma Anbeek and Thomas Hart from the Dutch Ministry of Economic Affairs on how to get the most out of your speech post-delivery (thus the above video link).

After lunch everyone said their sad goodbyes and went back home to all corners of the world: America, Zimbabwe, Denmark, Finland, The Netherlands, Belgium, Germany, and I made my way back to Cambridge.

Thanks go to Rob Havill from Europa Studio for the video.

Published by The Cambridge Speechwriters

View all posts by The Cambridge Speechwriters